DIGNICS guides your play to a more advanced level. The essence is the combination of Spring Sponge X, the advanced version of Spring Sponge which has more elasticity; the uniquely composed top sheet, with strengthened abrasion, results in great resistance on the surface, providing the feeling of holding the ball at impact. With an established pimples type (No.05) that is already recognized for its high spin performance, DIGNICS 05 is recommended for the player who seeks to generate a high level attacking play imparting powerful topspin, as well as counter topspin play both close to the table and at mid distance.

THE CHANCES OF THE BALL TRAVELING IN THE DIRECTION OF THE RACKET MOVEMENT AND DEEPER ARE INCREASED.

The main feature is that the ball is likely to travel in the direction of the movement of the racket and deeper into the opponent’s court as DIGNICS 05 holds the ball well, thanks to advanced spin and speed performances.

The illustration shows the trajectory image of the ball using DIGNICS 05 and TENERGY 05, from the same position with the same movement, topspin ball against topspin.

THE BALL IS LIKELY TO TRAVEL IN A MORE PRONOUNCED ARC, POWER IS STRENGTHENED

FOR FAST PLAY WITH MORE SPIN IN AN EFFICIENT MANNER

TENERGY 05 demonstrates the feature of holding the ball more than the traditional rubbers and increases the chances of the stroke being executed in the intended direction. Meanwhile with advanced features, DIGNICS 05 excels when delicate touch is applied, or playing with spin close to the table is needed; such as when returning service with “Banana Flip” or in counter topspin rallies. Furthermore, quick attacking play as well as receiving service is more effective and counter attacking play close to the table is more accurate.

A major feature of the TENERGY series is the greater ease to impart spin on the ball in any situation. The quality of the stroke when losing your balance is improved making it more difficult for your opponent to take the opportunity of a weak return.

In addition, strong attacking play can be generated even with a more compact stroke than in the past, so more efficient play is realized. Powerful attacking strokes can be executed when playing both away from the table and at mid-distance.

FOR WHAT KIND OF PLAYERS IS DIGNICS 05 RECOMMENDED?

RESPONDING IN THE ERA OF THE PLASTIC BALL

After the introduction of the plastic ball, more players feel a decrease in speed and difficulty to impart spin on the ball; speed and spin performances from a rubber are required more than in the past. Now that aggressive play close to the table is becoming more prevalent in table tennis, DIGNICS 05 is the rubber to solve the problem. 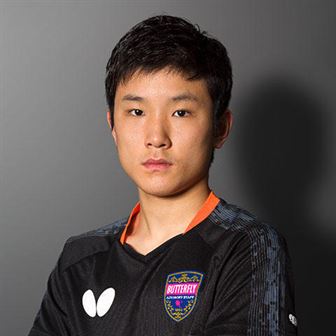 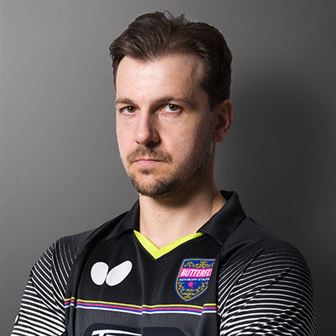 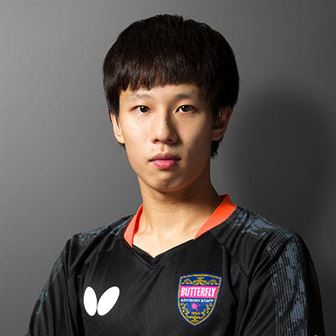 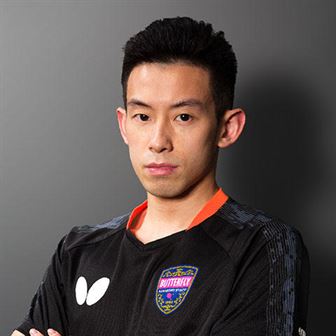 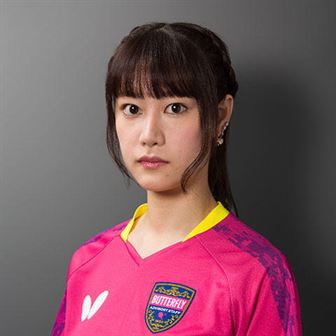 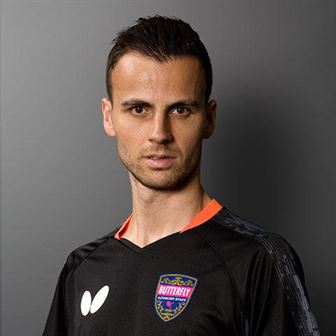 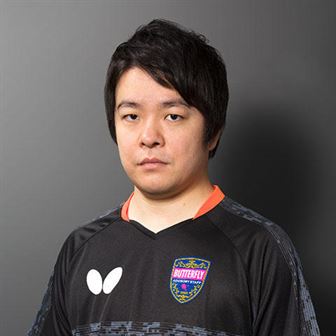 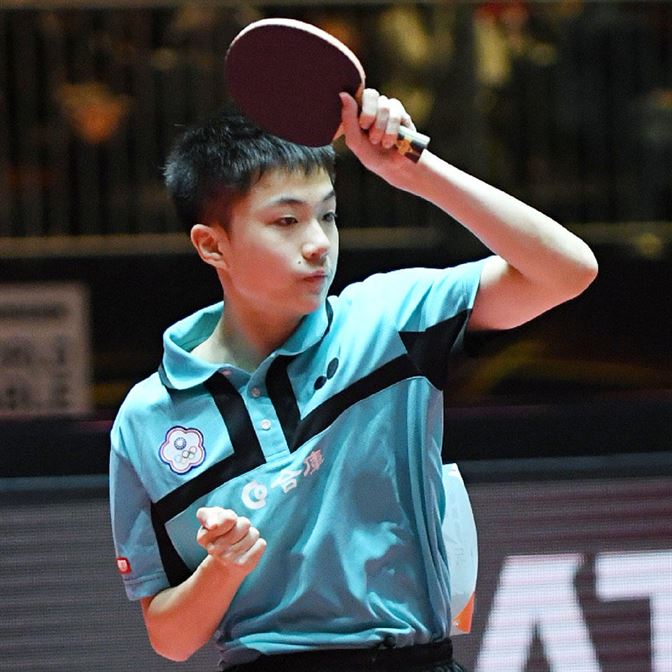 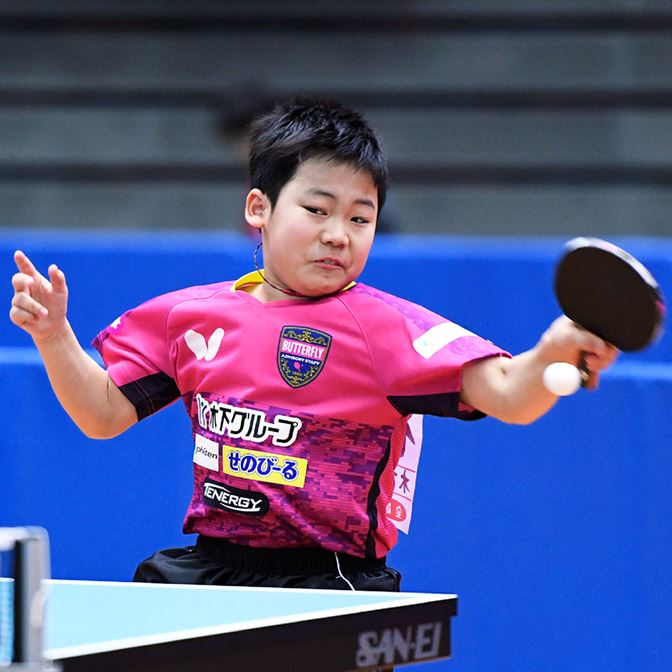 Spring Sponge applied to TENERGY is a revolutionary sponge that produces both increased flexibility and high elasticity. The fact that most of the world’s top players use TENERGY series proves the high performance produced by Spring Sponge.

A high sponge compression flexibility is required to create a high degree of spin combined with stability. In addition, the sponge must have elasticity to generate power. Softer sponge can easily respond but the impetus created is minimal. Conversely, harder sponge can enhance elasticity but it is more difficult to hold the ball as the flexibility is smaller. Spring Sponge is revolutionary in terms of successfully combining flexibility and high elasticity

Following an extensive nine year research programme, Spring Sponge X was developed in order to generate more power. It responds by 14%, the impact resilience enhanced 3% compared to the current Spring Sponge; the result is a big difference in the level of power produced. Spring Sponge X is the key to bringing high performance to DIGNICS 05.

When the ball digs into sponge

The ease of compression enhanced by 14%

When the ball bounces back

APPLYING A SPONGE OF 40 DEGREES IN HARDNESS IN QUEST OF MORE POWER.

As a result of pursuing more power, the hardness degree of the sponge adopted was 40. It is 4 degrees harder than the Spring Sponge applied to TENERGY 05. However, thanks to the improved flexibility level, you gain a softer feeling for the value. Also, it is lighter than the current by about 3% compared to the Spring Sponge of the same hardness and weight.(*) Therefore, ease of use is secured as the racket does not become too heavy, even it is attached on both sides of a blade. A player who has less muscle can also use it without problem.

(*) A harder sponge is applied to DIGNICS 05 compared to TENERGY 05, so the weight is almost the same. In terms of hardness DIGNICS 05 has 40 degrees, TENERGY 05 has 36 degrees. 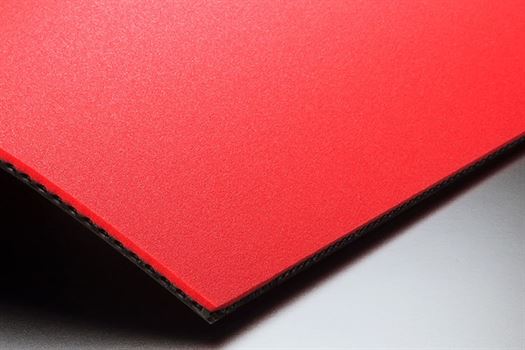 Spring Sponge X is the advanced version of Spring Sponge. The name was chosen so that it can be recognized easily as part of a series; the letter “X” represents the trajectory the ball traces after bouncing on the rubber and the ease of compression, the very feature of the sponge, as well as the image of good bounce. The elegant deep red color of the sponge was named as “Rising Red” from the image of play close to the table stroking the “rising” of the ball after bounce.

The top sheet has also made progresses, in parallel with the sponge, to impart spin on the ball with more ease and to take advantage of the feature of the new sponge. It holds the ball more on the surface thanks to its unique composition which enhances flexibility without losing elasticity. Furthermore, its resistance to abrasion has been successfully doubled (*) by using technology and past experience.

(*) Judged by the unique endurance test results of rubbers conducted by BUTTERFLY.

The chances of creating an arc are enhanced; a stable and powerful stroke is made possible by combining the Spring Sponge X with the top sheet. It is excellent at holding the ball; especially in the strokes which require a delicate touch, the feature is demonstrated in counter attacking play and when using the Chiquita. 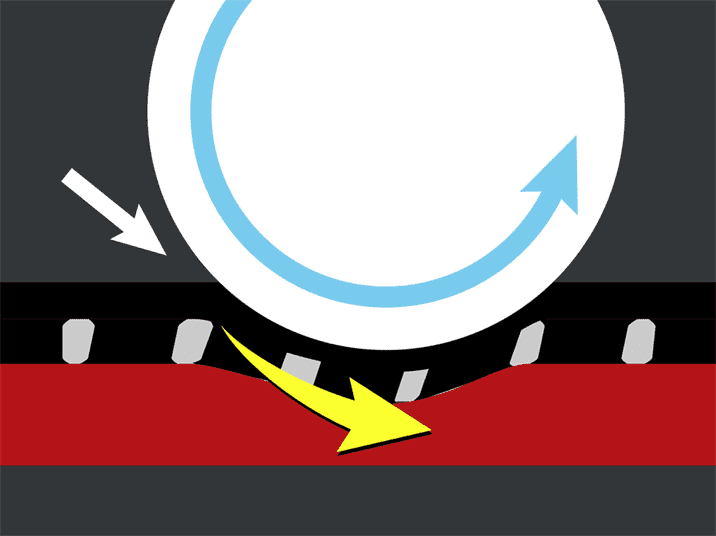 The top sheet catches the ball with its enhanced holding ability, while the more flexible Spring Sponge X compresses to a large amount. 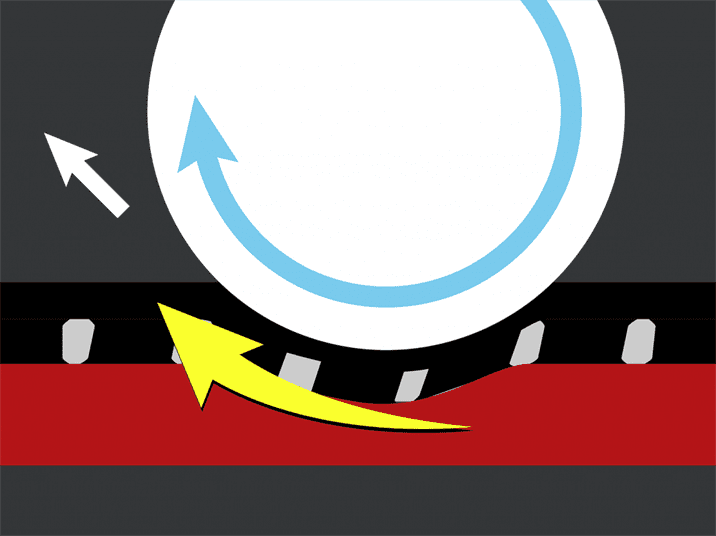 Spring Sponge X with advanced elasticity supports the top sheet as it recovers from compression with more energy. 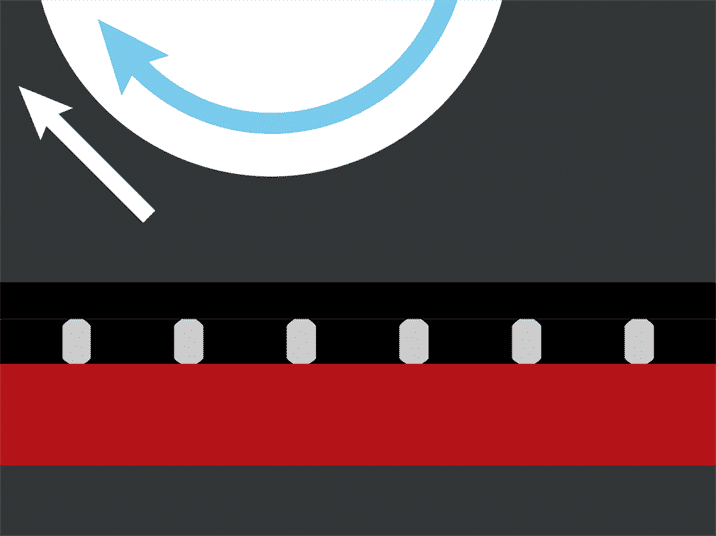 Therefore, the stroke becomes more powerful with more chance to travel in an arc.

THE PIMPLE SHAPE SELECTED FROM AMONG MORE THAN 200 SAMPLES

The pimples of “development code No.05” were adopted, the same pimple shape as TENERGY 05. That was the conclusion, after carefully reviewing more than 200 pimple shapes verified during the development process of the TENERGY series, was to find the one which is best suitable for Spring Sponge X. The pimple shape of the “code No.05” is well known for its excellence to impart spin on the ball; it was proven that the pimples can demonstrate this feature even applied to Spring Sponge X. 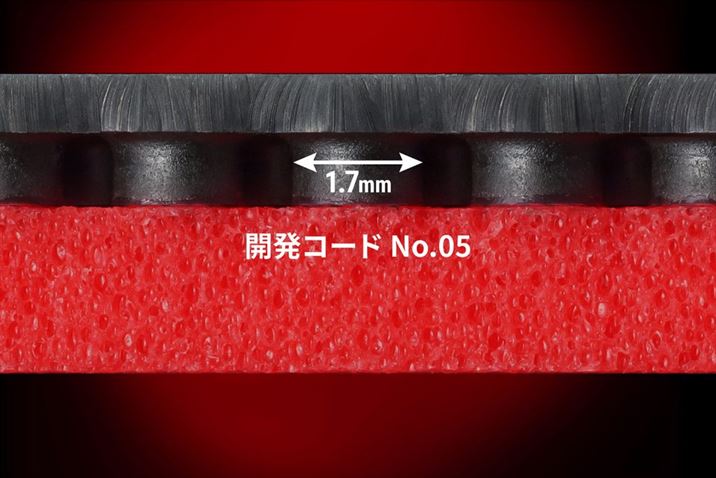 A PASSION TOWARD THE RUBBER THAT HAS NEVER PREVIOUSLY EXISTED.

TENERGY is the rubber that changed table tennis to the sport with more spin and speed. The Research and Development team of BUTTERFLY had already started the development of the next rubber before TENERGY received the accolade of a best seller. It was motivated by the pure thirst of “something that has never existed”, “the pioneer of the world” and “the high performance rubber to lead players to victory”. 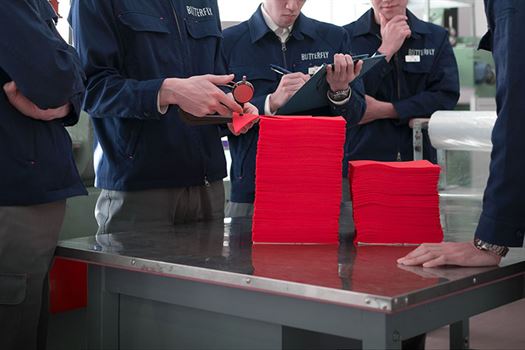 The research proceeded based on plenty of know how accumulated by the development of TENERGY. Five years were needed to reach the targeted performance and four years more to produce the stable quality. As is often the case, performance and quality stand on the opposite sides. Performance may decrease if only quality is pursued even though the original targets related to performance are realised. Development must start from scratch if the composition of the materials and the production condition are changed. The work was patiently repeated to move closer to the required performance keeping high quality. 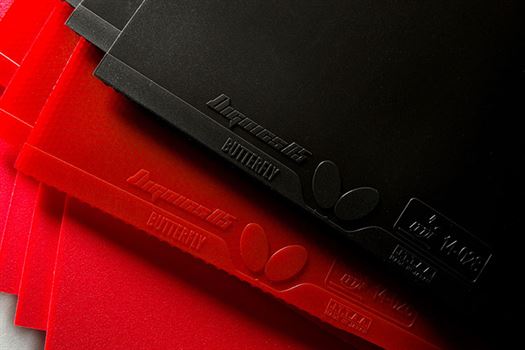 The manufactured sample combinations of the top sheet and the sponge exceeded 500 in total. Not to mention the BUTTERFLY Research and Development staff, Zhang Jike, Jun Mizutani, Timo Boll and Chuang Chih-Yuan conducted trials; several hundred hours were spent for trials. There were many samples that were shelved because they could not pass the quality criteria even they had shown good values in mechanical tests and received good comments from players. In addition, the methods for evaluation and measurement of R&D became more delicate and accurate during the period of nine years. DIGNICS 05 now to be released is the rubber that has passed all the checkpoints and is finally complete. 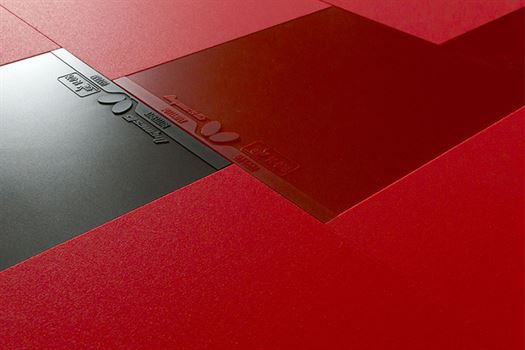 The Research and Development team is full of staff with knowledge of rubbers who love table tennis. Even staff members not mainly responsible for its development, all were confident about the progress of DIGNICS 05. The person responsible overcame the various difficulties by obtaining new viewpoints thanks to the opinions and feedbacks from other staff whenever had a problem. It is no doubt the organisational power and the passion of the R&D staff that led the research and development for as long as nine years towards success.